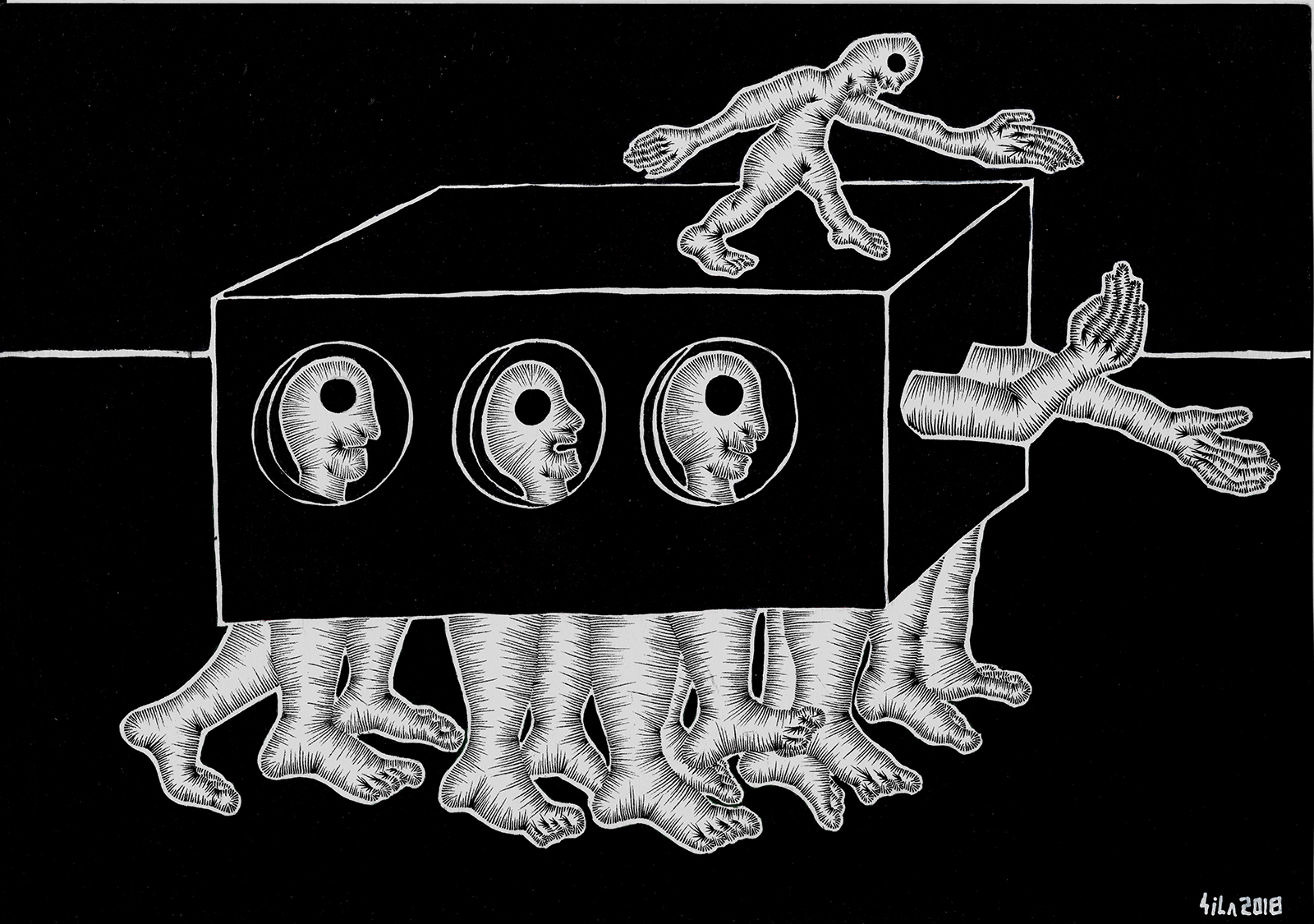 Being humans — drawings by Simon Lambrey

Simon Lambrey was born in 1975 in Picardy. Formed very young in modeling and direct carving of stone in the school of fine Arts in Beauvais, he hesitated to engage in an artistic sector after the baccalauréat, but finally opted scientific studies. In 1995, he joined the Ecole Normale Supérieure de Lyon. In 2005, he supports a PhD in Cognitive Sciences on the perception of space and then worked successively on the issue of deregulation of the mental image of the space of the body, the sensation of presence and the concept of personal space and inter-spatiality in social interactions. In parallel, Simon Lambrey studied medicine and now works as a psychiatrist.

Throughout his studies and his scientific activity, Simon Lambrey continued his artistic training and career. He learned the techniques engobing and primitive firings, studied model living in Working Men's College in London and practiced wood carving and metal welding. He participated in several group exhibitions.

In 2012, Simon Lambrey decided to leave out the scientific approach and to focus on an essentially plastic research. In 2015, he presented his first three solo exhibitions.

Today, Simon Lambrey lives and works between Paris and Venice. Since 2017, he is shown and supported by the gallery Art Space Sri Lanka.

The experiences that influenced my work are multiple and from several domains. My artistic education, both in France and in the UK, was some kind of classical training and helps me to acquire basic technics but also to think about the opportunity of using art creation as a means to explore questions relative to humanity. In parallel, I did a PhD thesis on the perception of space, investigating how humans make use of spatial features while socially interacting. Even if I have addressed these issues from a scientific point of view, those are important topics that inspire me, nourish my thought and stimulate my artworks."