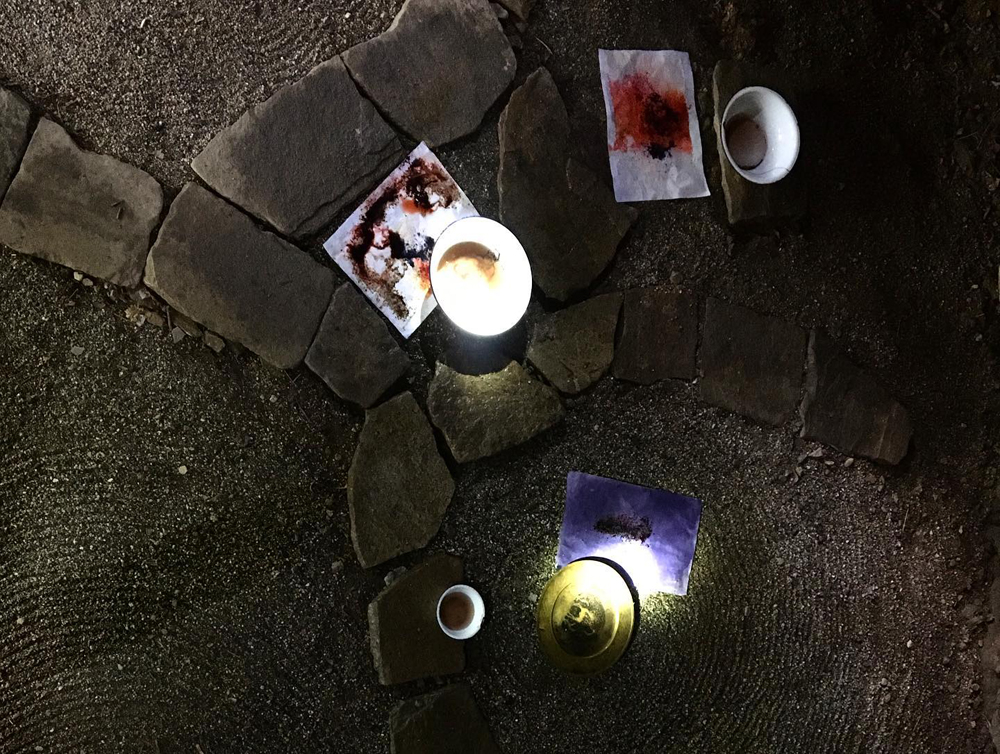 Drops of water fall from the ceiling,
worlds spontaneously flourished
stains on sheets of paper.

Hemp fibers suspended in space, drops of water collected in basins. The drops, fragmented into hundreds of particles, fall on prepared papers, changing them into automatic and random colored patterns. Depicted in the central basin, an Arhat, a hermit direct disciple of the Buddha, as per the Chinese paintings of the 7th century AD. (in the style of the painter Guanxiu 貫休) welcomes and protects the fragmented drops of water, thus placing itself as a reflection on the confused and precarious condition of our present society. Depicted in a brass dish is an antelope with a moon.

“I imagined a system that would allow you to paint by intervening as little as possible on the painting. As happens in algorithmic processes, the result is unpredictable, never repeatable, but generally controllable. In this case, it is the matter itself, water, that is used according to mathematical and algorithmic principles. By dripping water I started to trigger chemical reactions between natural dyes (walnut husk and other plants), rock alum, and reagents (tannic acid, ferrous sulphate, vinegar, bicarbonate). To my surprise, I was able to see that the sound produced by the beating of the drops generates infinite complex and constantly changing rhythms. The installation is therefore, in fact, an experiment in multi-sensorial art. " 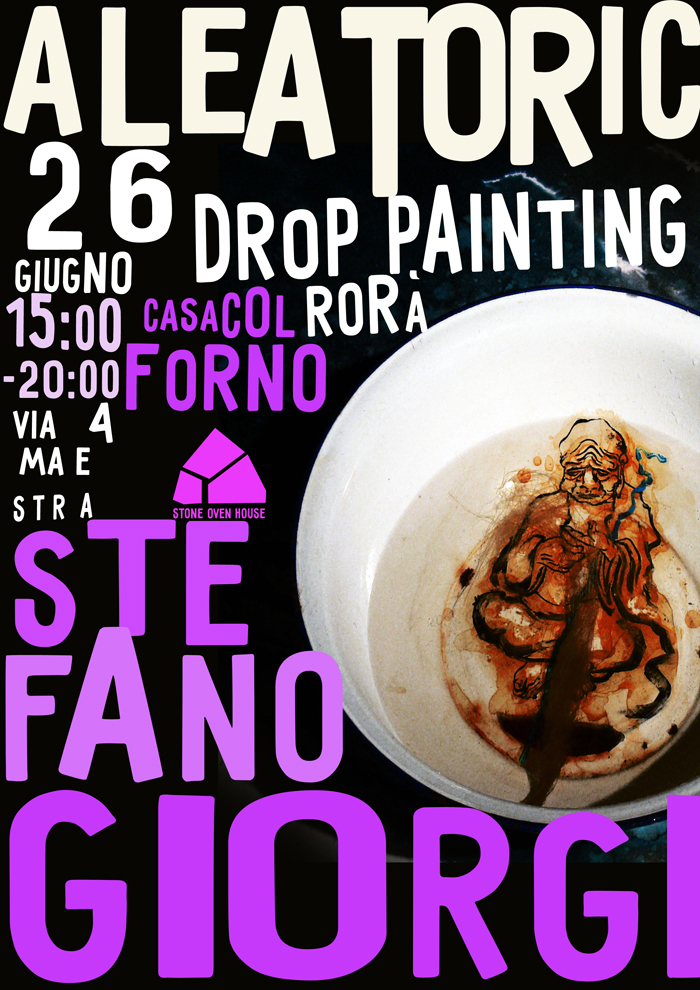