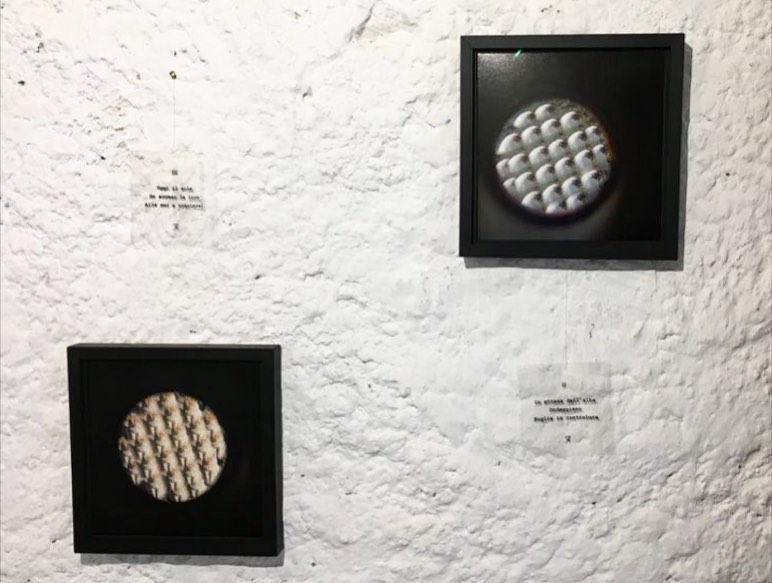 KALEIDOS TIME, NOSTALGIA OF THE PRESENT

AB At the beginning of March 2020, just before the health emergency and the lockdown, you had the intuition of a collective existential turning point, an unforeseen and obligatory condition of radical change in habits, of upsetting the habitual relationship with everyday life, with its rituals, objects, relationships. A feeling of loss that gave rise to what you called with an effective poetic oxymoron "nostalgia for the present", that is, a totally different, extraordinary perception of the ordinary. The chance encounter with a prismatic lens, bought from a stall, suggested the idea of ​​looking through the lens of your camera through an intruder, an alien filter that transfigured the vision of objects and situations close to you: animals , plants, flowers, skies, floors, everyday objects ... How did you creatively experience this experience of perceptual transformation?

PM The first photograph is from March 1st, that evening an unusual restlessness pushed me to seek refuge in vision, in the creative gesture. When then the lockdown triggered, the primary feeling was that of living in a paradoxical condition: never feeling connected to the other as before, but in the impossibility of being together with others. The perception of being an isolated fragment, surrounded by nothingness, while living a common dimension. For me, the term "nostalgia" is linked to a condition of distance: I felt that everything was moving away, and capturing it in the unprecedented network of this "made-up" photographic eye gave me a very strong and also comforting emotion. Looking into this lens, I was struck by the possibility of reducing and fragmenting the size of the object being filmed, and at the same time multiplying it, with a virtually infinite expansion of the same fragment. The other aspect that interested me was the circular frame that isolated the single element, multiplying it into a sort of new autonomous planet, a world in which everything was concentrated, and which could act as a mirror to my solitary interiority. The world around me became just another planet, to be observed as though through a peephole, not so much with a voyeuristic eye but as an act of exploration and wonder, in that circle a mysterious compound appeared, which contained and evoked the colors and lights of spring, clues (and nostalgia) of familiar signs. Then the circular shape also reminded me of the disturbing figure of the coronavirus itself, and therefore the creative relationship with it became a kind of game to exorcise the fear of what appeared to be an enemy, try to listen, not to demonize ... extreme the poetics of the fragment, which in my work I have often sought, seen through this "magical" lens even the apparently most insignificant and negligible fragment revealed a new, surprising and sometimes moving nature.

AB The long experience of the lockdown has also changed the perception of time, expanding it and bringing it back to its cyclical origin, linked more to the alternation of day and night or to the seasons than to the tight scan to which professional and social life had accustomed us. In fact, you have selected and ordered, in retrospect, your images on the basis of an ideal day, which can repeat itself, in a cyclical time: 24 hours. To your 24 photographs you have associated 24 haiku, the ancient Japanese composition in 3 verses, which become the voice of the image, and tell the sensations, moment by moment, of this new existential, contemplative dimension. You have always written verses, but it is the first time that you systematically associate poetry with photography, how did you make your choice on this occasion?

PM These images were collected and put aside in spring 2020, but they needed time to be shared with others to fully mature their meaning within this new life cycle. I felt that these photographs were born from a strong movement of inner necessity, but I myself was not immediately ready to read the symbolism in all its aspects, I still had a partial vision of it. At the beginning of 2021 and close to the new spring, the images somehow awakened, reminding me of the experience of the previous year, and the same contemplative spirit that had given them birth is re-proposed in the form of writing, through the haiku. The essential form of the haiku offered a spontaneous correspondence with the aesthetics of the fragment that had guided my photographs, thus an inner dialogue between word and image was generated, in which the one brought out the deep, further meaning of other, without however explaining or arguing anything, indeed, in some respects, thickening the mystery, opening new paths of meaning, a multiplied sense like the fragment of the kaleidoscope. I also found a curious and casual correspondence: my kaleidoscope proposes the object in 24 parts!
Regarding contemplation, I would add that I wanted to complete this work with a video, a new language for me. Shot in a laundromat, it offers the observer an experience of contemplation of movement. It is also intended to be a tribute to Man Ray, his mobiles and automatic cinema, which focuses on looking without purpose, overcoming the need for narration. It is the way I have chosen to express that the antithesis between stillness and movement is actually illusory, as is the dimension of time. The century is no different from the instant, ant, man, star, in infinity they are the same, Giordano Bruno said this. 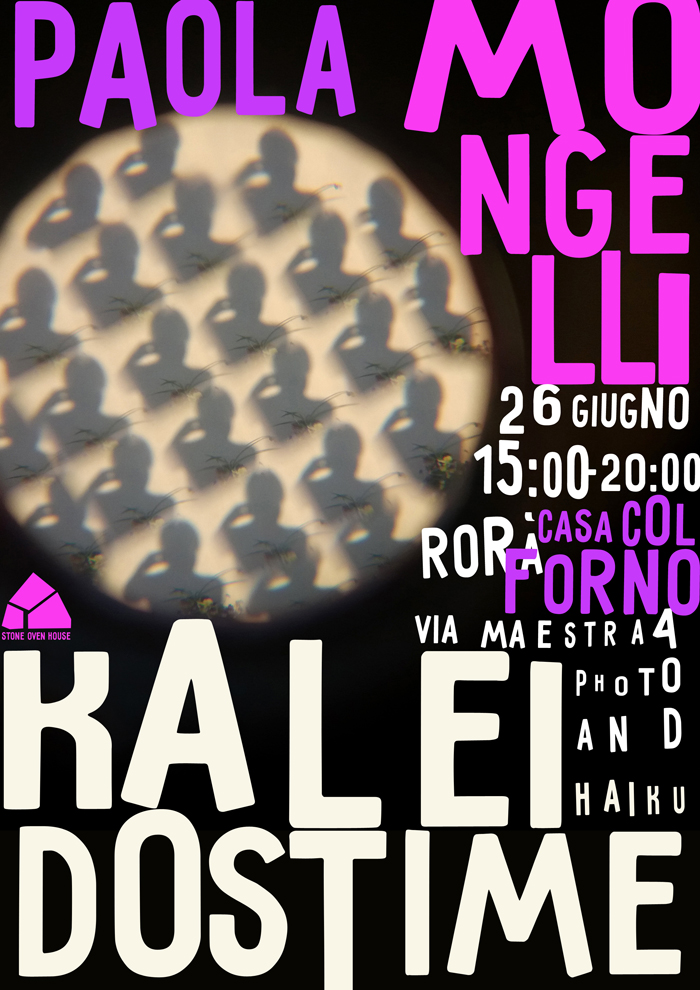